Located close to Strathroy since 1983, Ralph has a natural interest in the local piano industry.  Here is a brief article on Wright pianos.  For more information read the books “Downright Upright” by Wayne Kelly (containing contributions from Clark Wright and Ralph Thorn), and “Zestful Lives” by Dr. Mary Wright. 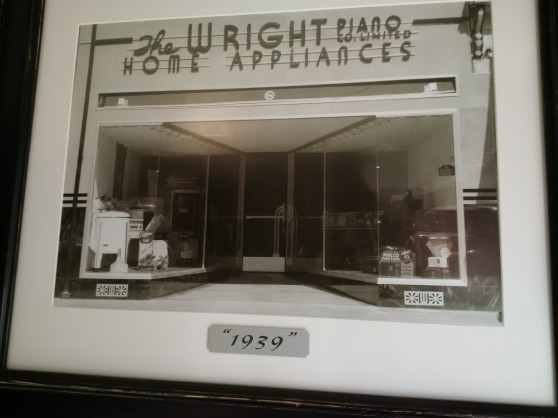 The first  Wright pianos were built in the rear of the E. J. Wright Musical Instruments store at 11 Front Street West, now the home of “Tia’s Place” restaurant.   After their initial success the large brick factory was established on Oxford Street near Metcalfe Street West, opening in 1908 at the time when skilled labour was available due to a strike in Toronto.

Below: photos of the largest Wright upright model, an individual owned by The Municipality of Strathroy-Caradoc.  For many years this piano was in the Strathroy Library Auditorium where it was used for recitals.  Rebuilt by Ralph Thorn in 1986, it is currently in the Parish Hall of St. John the Evangelist Church, the home church of the Wright family. 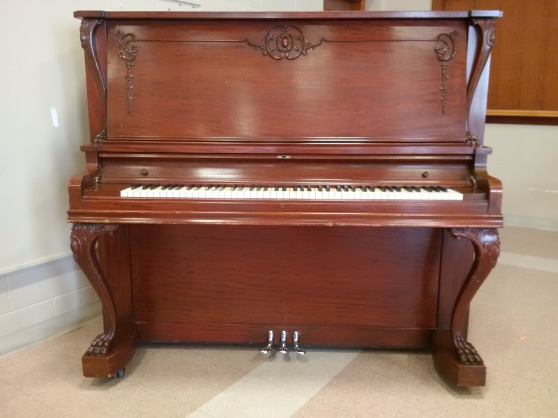 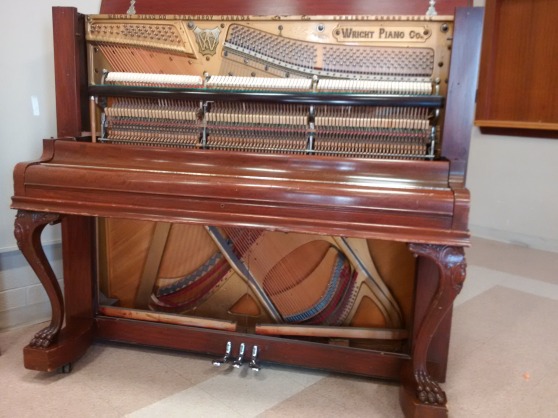 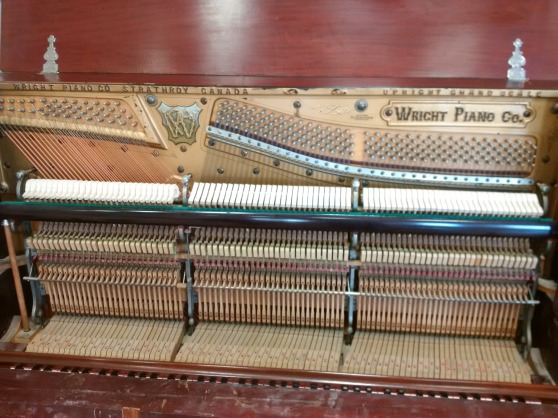 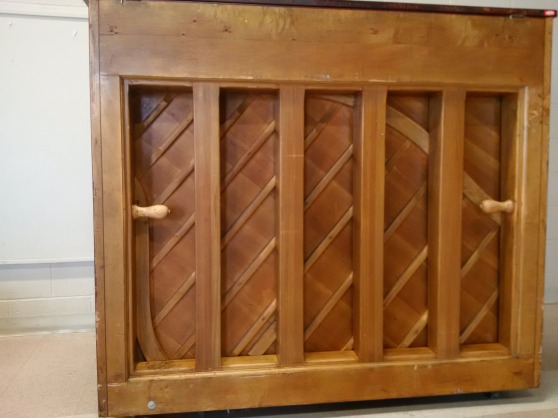 Wright pianos used the highest quality parts available.   Wright Piano Co. supplied piano cases to a prominent Toronto piano firm in exchange for cast-iron plates from that company’s Hamilton foundry.  Actions and keyboards were supplied by the Otto Higel Company of Toronto (King at Bathurst).  Pianos were shipped throughout Ontario and to the west, local transport conducted by horse-drawn wagon from the Red Barn on McKellar Street.  The company built uprights in the popular sizes of the period.

The factory suffered a total loss due to fire in 1924, bringing production to a permanent halt.  After that date, Wright pianos were built to their specifications by other firms and sold from the Strathroy store. 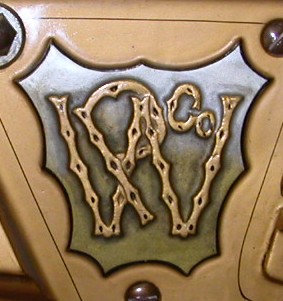 The Wright family was active in the community life of Strathroy, participating in the productions at the Lyceum Theatre as actors and musicians.  The four sons of E. J. Wright formed the Wright Brothers Orchestra, recruiting other talented Strathroy musicans as needed for the dances held in Strathroy, London and Toronto.  Playing in the orchestra helped with the lads’ university tuition.  Of the four, one went on to become a professional musician, and others continued with the Wright business interests. 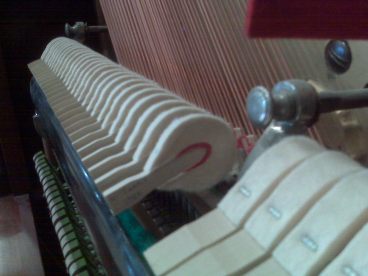 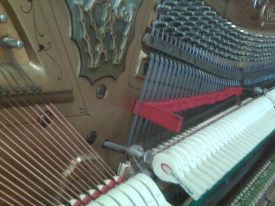 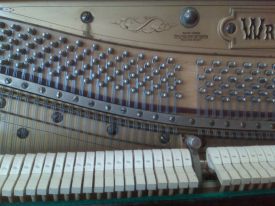 Above: details of interior of the largest Wright upright, an example owned by the Municipality of Strathroy-Caradoc and rebuilt by Ralph Thorn in 1986 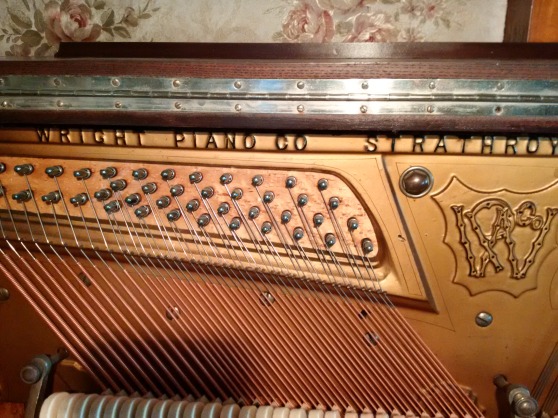 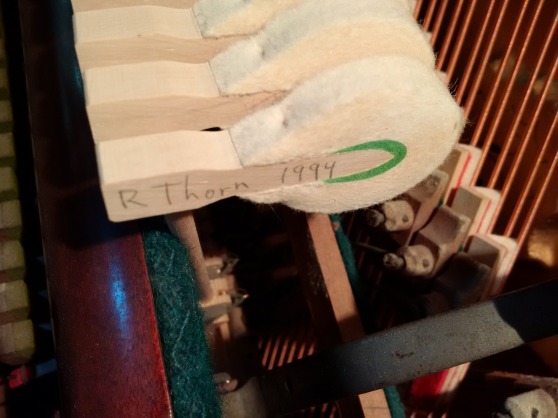 Above two photos of a 54″ tall Wright piano, rebuilt by Ralph Thorn in 1994 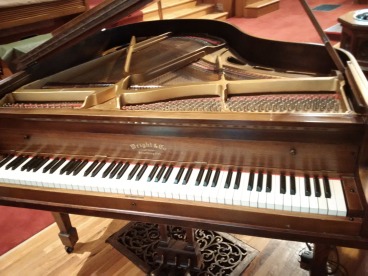 Above: photos of a grand with the Wright decal, a test model made for the company.  Located in Strathroy and maintained by Ralph Thorn.